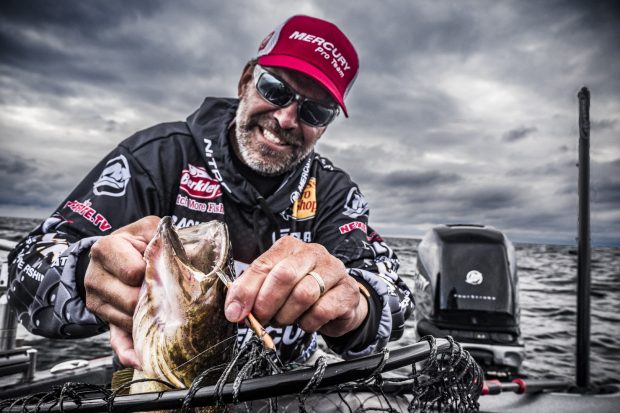 As the seasons transition from spring to summer walleyes change feeding patterns. As walleye anglers, there are several adaptations and varied techniques that can keep the fish coming to the net. Here are five ideas of what to change and where to relocate to build a top-notch pattern this summer.

As the water warms the walleyes are free to move about the water column – we call these “suspended” walleyes. It is very common in about every lake and reservoir to have some population of walleyes suspended over vast flats, searching for food. With eyes on top of their head, walleyes can only see ahead and up. When suspended, they hover at a depth where they can look up for roving schools of bait, so your bouncers and cranks on the bottom could go unnoticed – you need to position your baits above where you are “marking” them.

Fortunately, because they are off the bottom, suspended fish stick out like sore thumbs on 2D sonar. With a Lowrance HDS Live unit we can typically cruise at 20 mph or so and locate a group of fish or bait. Next, we use the Precision Trolling App to spread lures above the fish or bait while trying to piece together what depth, bait, and color that will entice them to bite. In this situation, we employ Off-Shore Tackle planer boards to put out a spread of crankbaits or spinners both to reduce spooking and cover more water in the expansive flats. 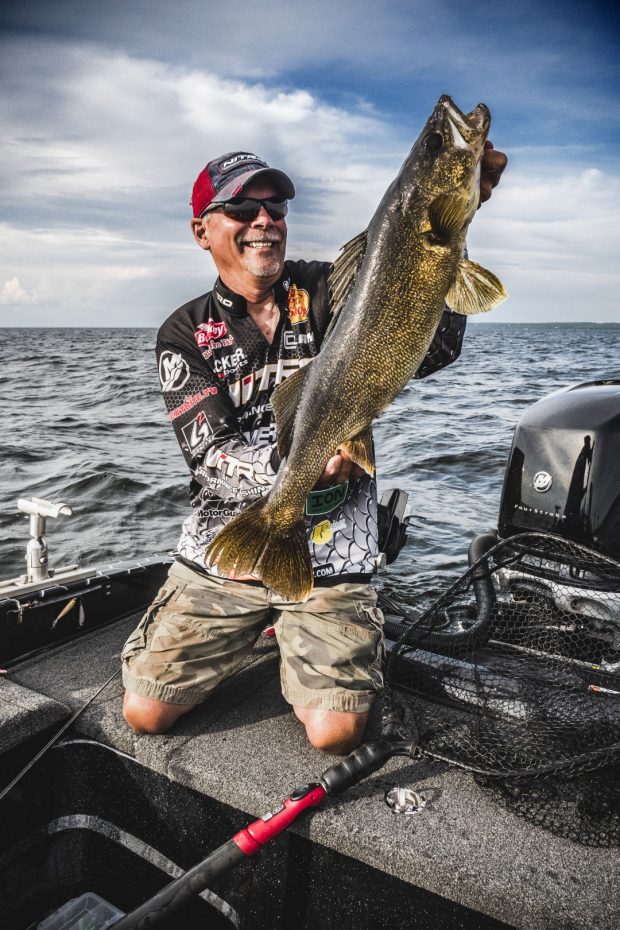 Walleyes will continue to use structure in summer but will move deeper or shallower depending on the food sources. In spring, there was a narrow range of temperature comfortable depths forcing the fish into predictable areas. With a wider temperature range spreading out the fish, the angler needs to be a bit pickier about where to drop a line.

Summertime walleyes will also be more inclined to spread out and cover different parts of the structure, so it is important to find fish or at least find great looking habitat. Fish that are 15 foot or deeper show up well on 2D sonar and new models like the Lowrance Live units can identify fish at ever increasing speeds. You can move quickly (10-15 mph) to find potential marks, but then slow down to verify potential targets.

Side Scanning is a great tool for locating good haunts for walleye. Walleyes tend to love rock, so finding a band of rock bottom or a secluded large boulder can often put you on fish. Transitions from rock to sand or mud are also areas that tend to concentrate fish populations. On our Lowrance HDS Live units it is easy to not only see, but mark the transitions by dropping waypoints on the target areas. 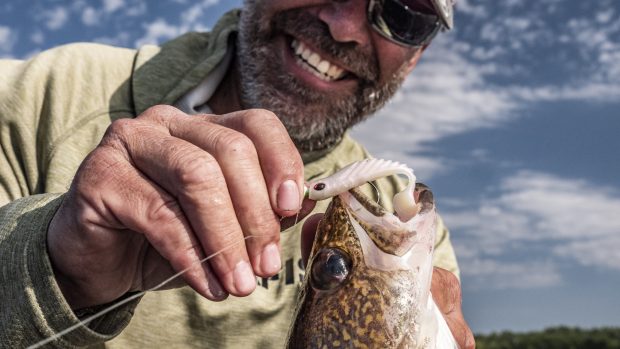 With warmer water also comes higher fish metabolism, so walleyes need to eat more, and therefore are more willing to chase down baits. What this means is that presentations can go faster. Spinners and Slow Death presentations that were trolled at 0.8 to 1.2 mph in spring can now be pulled at 1.5 to 1.8 mph.

Typical springtime speeds for crankbaits is 1.5 to 1.8 mph – often slow enough that even our bow mount Xi5 will pull us fast enough. In warm water these speeds can be bumped up so an outboard will be needed (we use the new Mercury 15hp EFI 4 Stroke Kicker on our 20 and 21 foot Nitros). Increased speed does two things. First, higher speeds cover more water thus increasing the chances of contacting a school of active eaters. Secondly, fast moving baits can provoke reactionary strikes. The bait is coming by fast enough that the fish doesn’t have time to analyze it and so it swipes at it before it swims away.

We do something called “pushing the envelope” to determine how fast we can go. Start at 2.0 mph. When you start getting bites, bump up to 2.2 and see if they will still bite. If so, 2.5, 2.8, 3.0…. occasionally even as fast as 3.5 mph. Just remember if you bump up and they quit biting – you’ve pushed the envelope to the max. Drop back down to the last speed that produced and get after them! 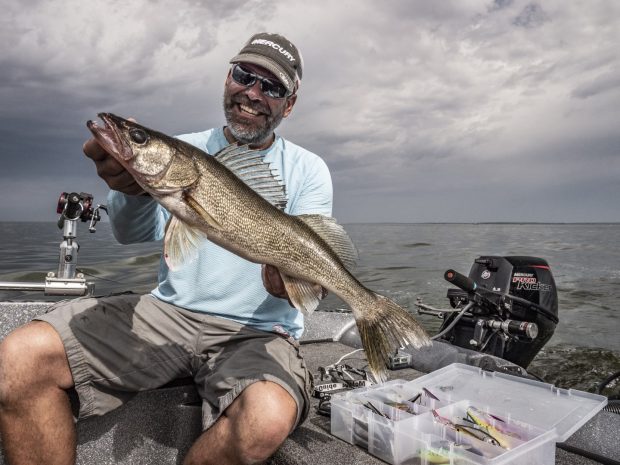 The increased metabolism affects jigging too. In summer, for us, live bait is pretty much dead. All of our jigging is done with artificial tails. We even go away from tails that mimic live bait ( e.g. Gulp! Minnows) and stick with “action” tails.

Our favorite action tails include Berkley PowerBait Ripple Shad, the new PowerBait Power Swimmer, MaxScent Flatnose Minnow and Powerbait Ribworm. Cut off the 1/8-ounce jig head that has been on the line in early season and bump that up to 1/4 or 3/8-ounce for aggressive jigging even in shallow water. The heavier jig allows you to fish faster because they sink quicker, but also the extra weight imparts a better action on action tails.

The typical jigging stroke this time of year it to lift the jig quickly off the bottom with enough speed to to get the fishes attention – baits with a paddle tail or twister tail will vibrate on the way up. Then at the top of the stroke, hold the rod tip still. The heavier jig will sink fast enough to keep the tail “swimming” on the way down which often produces a great bite. 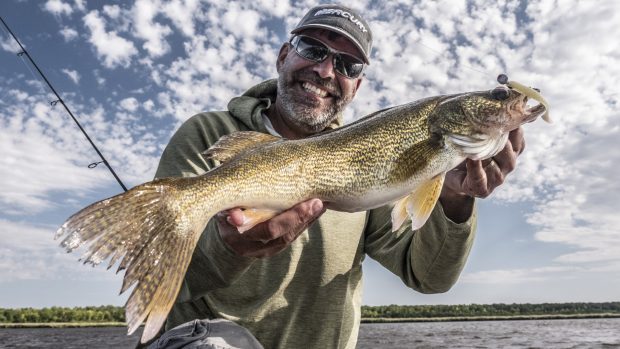 The other aggressive jigging tactic is the use of a glide bait – for us Summertime is Shivertime. The Moonshine Shiver Minnow is a lure that can actually entice walleyes that are in an off mood, to bite. The key is to make the Shiver Minnow jump and glide to provoke them.

The jigging stroke for a Shiver Minnow is much different than for a jig. Pop it aggressively off the bottom (which makes it jump) then immediately return your rod to the starting position (do not hold your rod still at the top of the stroke). This will give the lure slack line and allow it to glide back to where it started. Walleyes will often see the Shiver Minnow darting back and forth as it pops randomly and glides, start chasing it, but then eventually pin it to the bottom to prevent it from escaping. When you stroke again – Fish On! 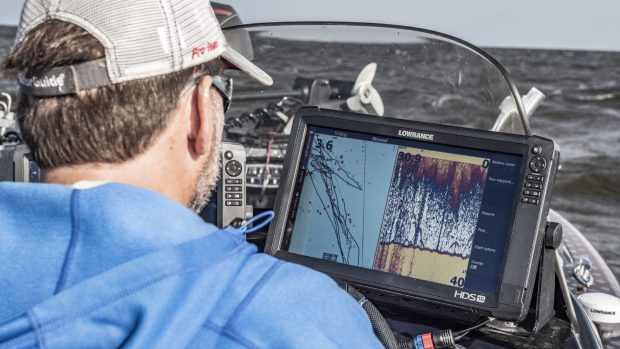 Do not count out Slow Death – it’s easy and super effective in summer. A bottom bouncer with a 4 foot snell of Berkley 10lb 100% Fluorocarbon to a Berkley Fusion 19 Slow-Turn hook at 1.2 to 1.5 mph is still one of the simplest ways to catch walleyes. Experts and beginning anglers (especially kids) with the right bottom bouncer weight can hold the rod, feel the bottom, and detect a bite. If they get tired of holding the rod, put it in a rod holder and watch it double over when a fish bites.

The boat control is fairly straightforward. Pick a depth (hopefully one where you marked a bunch of arcs), pull the boat using your bow mount trolling motor along that depth at a nice consistent speed with gradual turns and you will be Slow Death fishing. 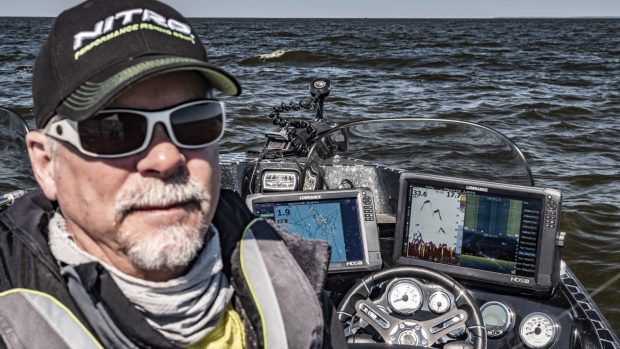 The Fusion 19 Slow Turn hook has aggressive bends in it to form the half crawler and make it spin. Use the #2 sized hook with live nightcrawlers and the #1 sized hook with artificial tails like the Berkley Gulp! Killer Crawler (a tail made specifically for Slow Death fishing). You can also try Berkley Gulp! 3” Fry and Berkley Gulp! 4” Crawler for a different spin and profile. The nice thing about the Slow Turn hook is that it has a built-in bait keeper (a small inverted wire) that will help keep the half crawler or artificial tail correctly positioned.

Warmer water expands the areas where walleyes live and eat and anglers need to adjust. Fortunately, increased metabolism means the fish feed more often and chase faster lures. Searching for fish, speeding up and fishing aggressive are key ways to get… The Next Bite. 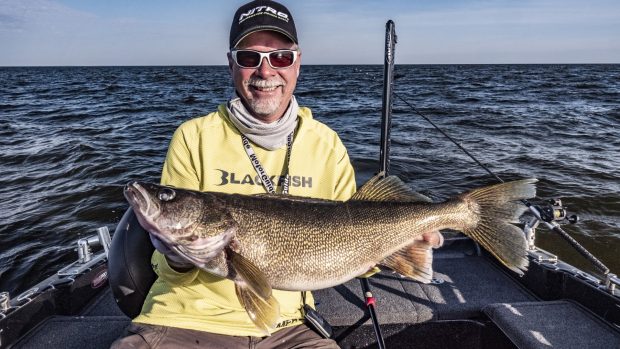