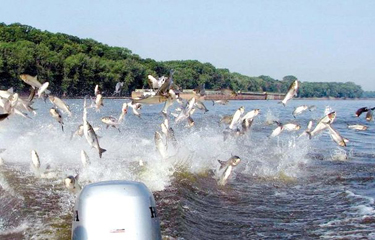 A new initiative to combat an invasive species of fish from entering the Great Lakes was announced by three U.S. states and the Canadian province of Ontario on Wednesday, 31 January.

Besides Michigan, other founding members include Wisconsin, Ohio, and the Canadian province of Ontario. Government leaders from the four founding members have agreed to allocate financial and strategic resources to support the U.S. Army Corps of Engineers plan to keep the carp from entering Lake Michigan.