Limits for non-resident anglers will have economic impact on tourism, says industry association. 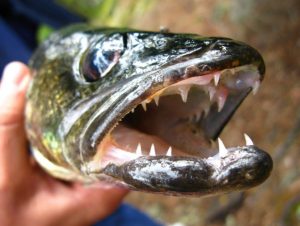 An expansion of fishing limits for non-resident anglers in part of northwestern Ontario is causing concern for an association representing lodge owners, who say it could have a negative economic impact on an area that relies on outdoor tourism.

In a letter to the Ministry of Natural Resources and Forestry, the Kenora District Camp Owners Association expressed “outrage” at rules that came into effect on January 1 in Fisheries Management Zone 5, which encompasses the Kenora, Fort Frances and Dryden areas.

The new regulations will reduce the number of walleye and lake trout non-resident anglers can take each day in the northern part of the zone. It’s an extension of limits which have been in place in the boundary waters section of the zone for close to two decades.

Potential economic impact a concern
“I think the negative part of it is that it only applies to non-residents,” said Gord Bastable, a lodge owner and director with the Kenora District Camp Owners Association, adding that the change could be hard to explain to American visitors.