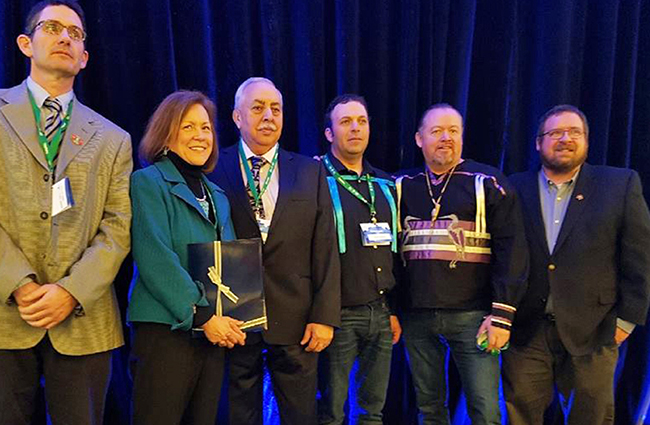 Nipissing First Nation has been awarded gold for efforts to heal Lake Nipissing’s walleye. There are now more spawning male and female walleye and the abundance of adult walleye has noticeably increased.

Nipissing First Nation received the IPAC Gold Award for their leadership along with the Ministry of Natural Resources and Forestry for the joint stewardship of Lake Nipissing in Toronto.  Entries were received nation wide.

Chief Scott McLeod was in Toronto to receive the Public Leadership Award with Councillors Brian Couchie and Corey Goulais and CEO Dwayne Nashkawa.

The Institutions of Public Administration of Canada (IPAC) and Deloitte recognized the outstanding leadership and innovation of reaching the Memorandum of Understanding between Nipissing First Nation and the Ministry of Natural Resources and Forestry (MNRF) which recognized rights and interests of both governments.

A report showcasing inspirational leadership leads with the Anishinabek having fished