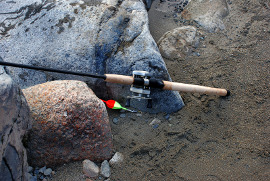 Meaford’s council has rejected a staff recommendation presented to council in December that would have implemented fishing restrictions along the Bayfield Street waterfront.

At their December 11 meeting council was presented with a report outlining a number of complaints regarding a small group of fishermen who frequented the shoreline along Bayfield Street.

“The Municipality and the Ontario Provincial Police (OPP) have received complaints regarding the activities of members of the public in the park lands to the north and west of Bayfield Street in the Municipality of Meaford,” noted the December 11 report.

The report said that those activities of concern included public urination, urination on park features including the cannon near Fred Raper’s Park, early morning noise, profanity, vulgarity, and the cleaning and selling of fish.