How mood-altering drugs are ending up in Great Lakes fish 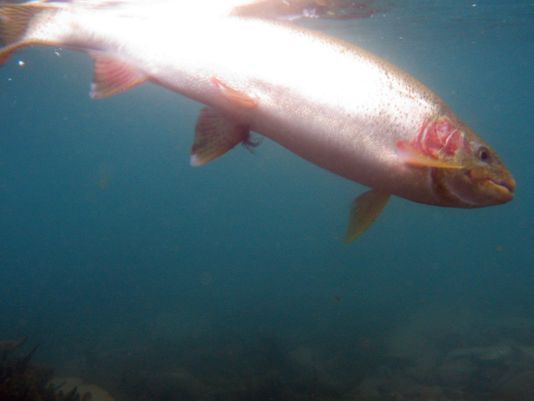 DETROIT — A new study might depress anyone concerned with Great Lakes water quality.

Antidepressant drugs, making their way through an increasing number of people’s bodies, getting excreted in small amounts into their toilets, and moving through the wastewater treatment process to lakes and rivers, are being found in multiple Great Lakes fish species’ brains, new research by the University of Buffalo has found.

Researchers detected high concentrations of both the active ingredients and metabolites — byproducts of the parent drug — of popular antidepressant pharmaceuticals including Zoloft, Prozac, Celexa and Sarafem in the brains of fish caught in the Niagara River connecting Lake Erie and Lake Ontario.

“It is a threat to biodiversity, and we should be very concerned,” she said.

Previous research has shown antidepressants in water create “suicidal shrimp” that swim toward light instead of away from it, making them vulnerable to predator fish and birds, Aga said.