Going with the Flow

If you just got done packing away hunting gear and are pacing around the house constantly checking the long-range forecast, chances are you are an “early ice” fisherman. You know that this is a great time of year to get some fantastic bites!

One early season pattern that a lot of people overlook is the bite on flowages. Some of the most popular flowages for ice fishing can be found in Wisconsin, such as the Chippewa, Turtle, and Petenwell flowages.

During early season ice, it is important to be sure that you are extra cautious when venturing out, especially on a flowage where there are springs and current. Ice safety should be top of mind! A Nebulus Emergency Flotation Device, which inflates in less than 30 seconds and holds 3-4 adults can keep you out of the frigid water while you wait for help to arrive should you break through. We also wear the new IceArmor by Clam Ascent Suit. Not only does this suit have good floatation, but it also has more freedom to move than other ice suits. 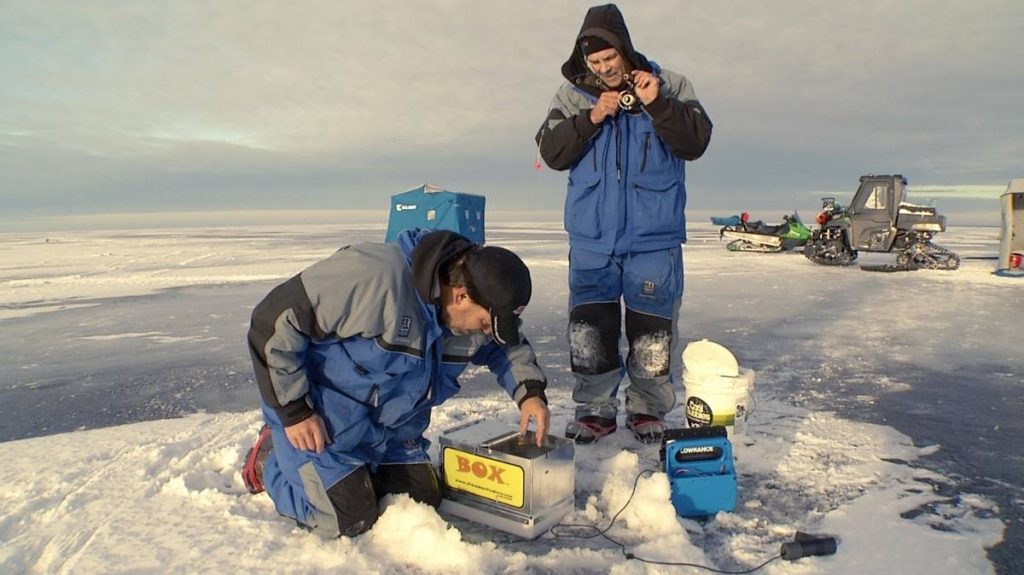 When heading out on a flowage, we look for places where the river comes in and areas where it narrows down. Any place where there is a narrow channel between back bays can also be hot! While a lot of people like to concentrate on channel edges, we like to concentrate on channel edges that have a tapered flat. It is on top of the flat where we like to set up, especially on shallow flats with weed growth between the channel edge and shoreline.

Since the water in some of these areas is only 2-3 feet deep, it is easy for the fish to be spooked by the noise we make on top of the ice. It is also hard to register a fish on sonar in these shallow depths, so jigging isn’t very effective. This where tip-ups and JT Outdoors Hot Boxes come in!

The Hot Box is a foldable aluminum “box” that fits over the ice hole and is equipped with a small heat-generating lantern inside. Gone are the days of holes freezing over!

It’s open on the portion of the box over the hole, and with the use of their rod- holder option, it creates a jigging station. One cool thing about using a Hot Box is the ability to get a second chance at catching a fish. If a walleye takes the bait and then drops it, you can use the rod to jig the bait just enough to entice the fish to bite again.

Fish this time of year aren’t looking for a lot of movement, which is why the tip-up and Hot Box bite is so effective.

Trebles are our hook choice for tip-ups and we use single hooks for Hot Box. Ideally, we like to use rainbows for bait, but large fatheads and small suckers also work really well. Hook the bait behind the dorsal fin so it can move freely and naturally. That’s all you need! We don’t use any additional attractors on these rigs.

If you are on a deeper flat that is in about 3-8 feet of water, you can use a Lowrance to see the fish approaching the bait. You will be amazed at how many fish will come up to the bait, but not bite. By knowing the fish is there, you are able to give just a little bit of movement to get the bite.

We are currently experimenting with the Lowrance FishHunter Pro, which is a new floatable sonar that can also be cast out in open water. This new device will send a wireless signal to your phone or tablet. It is inexpensive and about the size of an apple, which makes them easy to carry around. This is a bonus for ice fishing since space for gear is always at a premium!

One mistake that a lot of people make this time of year is not putting a jig rod in their hands because they don&#39;t think that it is effective to jig until later in the season. This is simply not true! You just have to be very subtle with your approach. Set up in water over three feet deep and let the bait sit near the bottom. When you see the fish approaching, do a little jiggle and the walleye will smash it!

While bites on small clear water lakes tend to be early in the morning or in the evening, the tannic water on flowages allows for a bite all day long. This gives you a great opportunity to reel in The Next Bite! 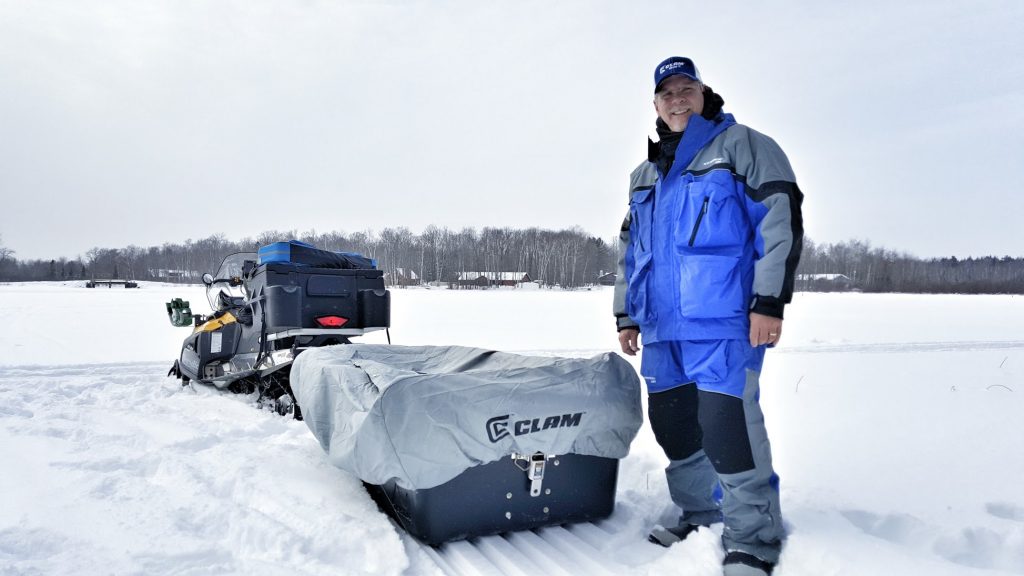