By Gary Parsons and Keith Kavajecz

There is a lot of tradition in fishing. Whether it be an annual fishing trip with a group of friends, stopping for breakfast at the family-owned restaurant on the edge of town, or wearing your lucky hat, tradition isn’t something many people stray from.

Once you get on the water, you will most likely head to your favorite honey hole. On smaller lakes in the springtime, chances are once you get to your spot, you will start out jigging. This is because it is what you have always done or because you read it in a magazine. This is a big mistake. Fish don’t care and they don’t read magazines! They live in their own environment. 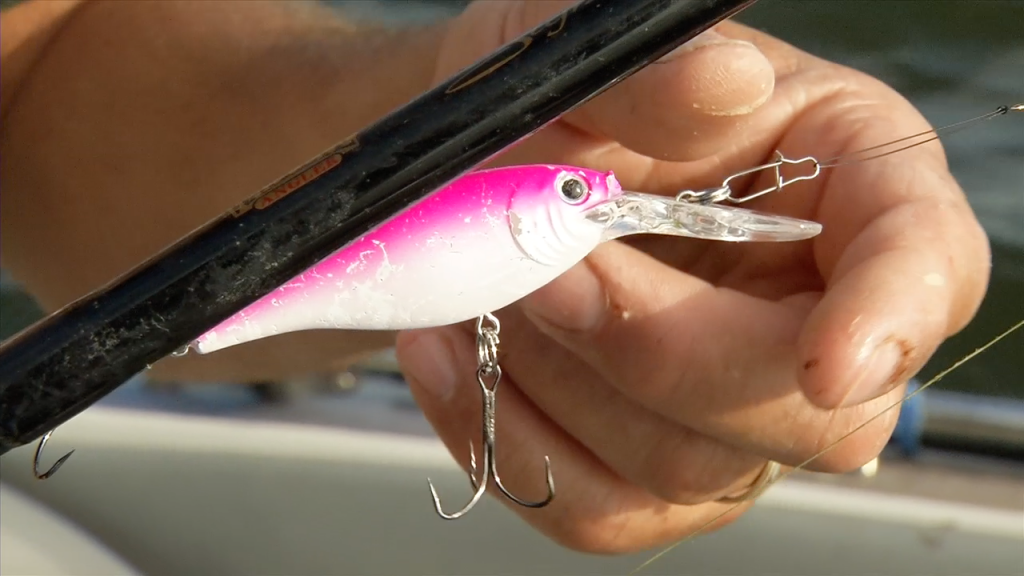 There are many opportunities for casting cranks on lakes beginning in early April as the water starts to warm up. The key is to fish shallow structure near shore.

Lake Winnebago is an excellent example of a place to try this technique. The west shore has several shoreline points, humps, and reefs. The entire length of the east shore contains shoreline rocks and both natural and man-made reefs.

Any lake with features like this can hold spawning walleyes, even if the lake is connected to a river system.  On the Lake Winnebago system, many people make the mistake of thinking that all of the walleyes head up the Wolf or Fox Rivers. Yet many of the walleyes actually stay in the lake to spawn.

The best areas top out at 2-5 feet, like a hump that is shoreline connected or a hump that is within real close vicinity of the shore.  Another thing to look for is any shoreline spawning area with a 2-5 foot drop onto a shelf. Unfortunately, because the water is really cold, most people automatically think that they have to jig these areas slowly.

This was the case years ago when Gary was pitching jigs on a lake while pre-fishing for a tournament. When fishing pro-co tournaments, there are times that the co-angler doesn’t have technical jigging skills. However, because it is a “boat weight” tournament, it is important to get the co-angler catching fish.

Gary was thinking about how it would be difficult to pitch jigs on that spot if it was windy. Looking for an alternative presentation to put fish in the box, cranks became the answer. The key was to fish them slow.

Since then, time and time again, we discovered that if we were catching fish on jigs, we could also go through the area and catch those casting cranks. 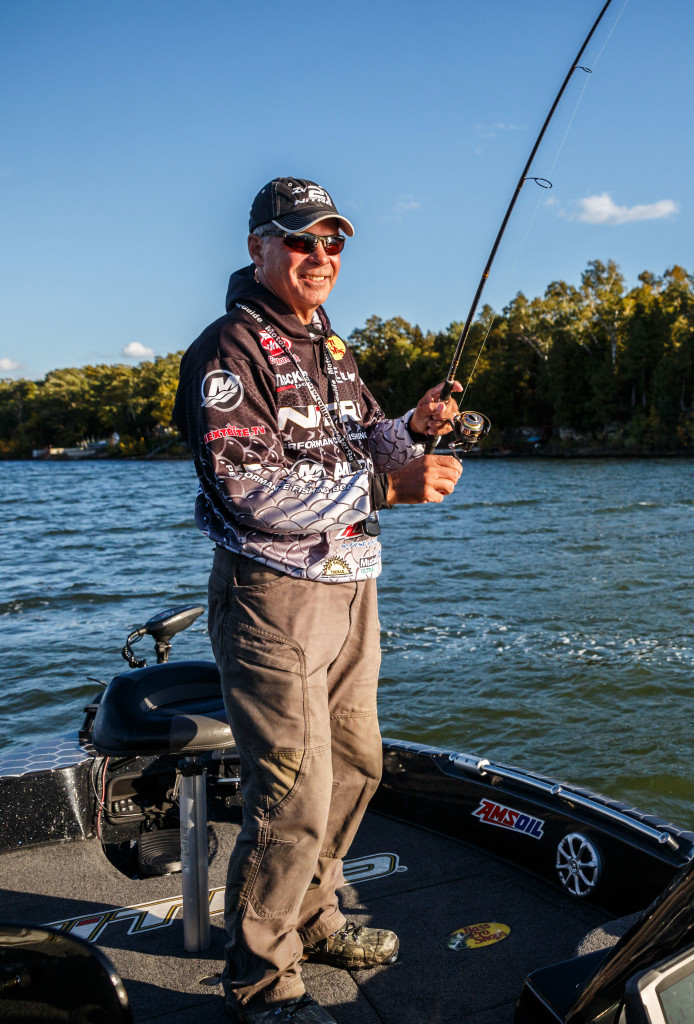 On any given day, casting cranks will work better than jigs. It is mind blowing to see how aggressively the fish will hit the bait!

The #6 Berkley Flicker Shad is a lure we designed for casting. It was important to make it neutrally buoyant and heavy enough to cast. While any shad styled bait will get bites, it is best to steer away from #7’s and #9’s early in the season, as they have a wider action. Baits with a subtle action are best for casting in the spring.

The #5 Berkley Flicker Minnow is also a good choice for casting, as it dives quickly and has more of a minnow type profile as compared to a shad style bait. The #5 refers to the length of the bait, so at 5cm, this bait is a great size for early season walleyes that are relating to the newly hatched bait. By alternating between the shad style and minnow style bait you should be able to dial in the cranking presentation.

When it comes to the retrieve, slow and steady, but still being able to feel the vibration is the rule. Berkley Nanofil in 10# test is a great no stretch line. Not only does it allow you to feel the bait, but it also has the additional advantage of being a Uni-filament line. Uni-filament means there is no braiding or fusing, making the line super slick, which can add significant casting distance for these lightweight lures.

Steady retrieve is the norm, but occasionally the lure should also tick the bottom, which will cause it to jerk off to the side. Also be aware that the no-stretch lines will telegraph fish swiping at your bait. If that happens, stop and pause for a second, then restart the retrieve. This will often trigger bites.

On any given day, casting cranks will work better than jigs. It is mind blowing to see how aggressively the fish will hit the bait!

Then there is the early spring crank bite on the Great Lakes. Fishing cranks on the Great Lakes (and in particular Lake Erie) in spring is a whole different animal, as the big females will head out to deeper water right after spawning to chase big minnows. After you find the bait they want, it is a numbers game as you troll over a school of roaming fish. Only a certain percentage of the walleyes in the school will “take the bait.” 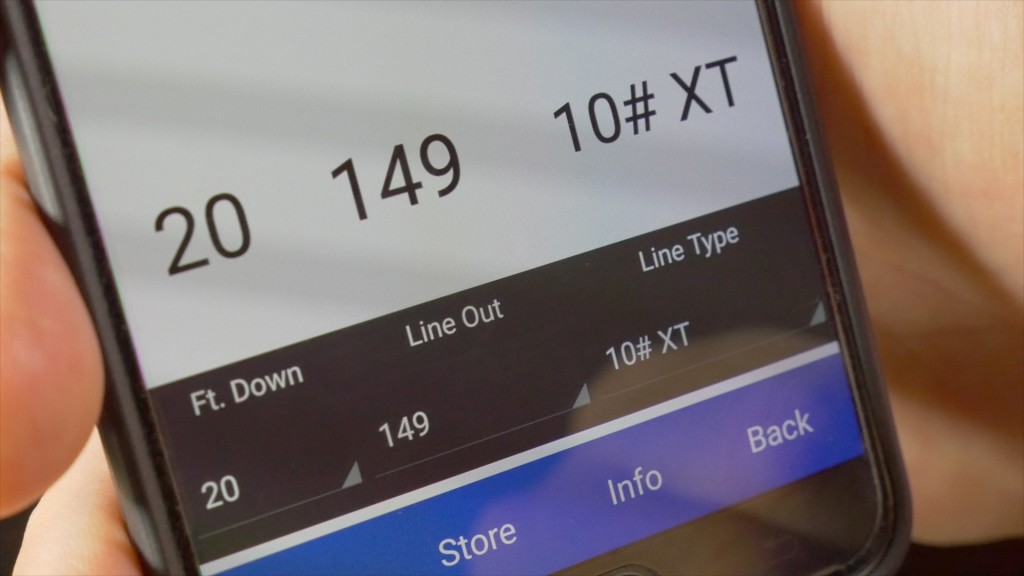 The easiest way to get a crankbait right where you want it is with the Precision Trolling Data (PTD) app.

Boat speed and water temperature are key. When the water temperatures are still in the 30’s and 40’s the fish tend to prefer cranks that are 9cm-13cm long overnight crawler harnesses. Once again, slow and subtle is key. You aren’t going to be trolling at 2.5mph! We typically like to troll anywhere between 1 and 1.5mph. Historically, minnow shaped baits with a more subtle action have been best.

Once water temperatures reach about 50 degrees, a mix of harnesses and cranks are often used. When the water crosses 55 degrees, a lot of guys like to stick with harnesses, but cranks are always a player.

This is why we spent three years perfecting the big Berkley Flicker Minnows. The #9 and #11 sizes were made for trolling in both cold and warm water. The action of the lure changes slightly with the speed of your boat. When trolling at slower speeds it has more of a roll. At higher speeds it has a little bit of a “kick”. These changes in action make this a very versatile lure!

A big part of this early season Great Lakes bites getting your lure in the right zone. The fish can be tight to the bottom, but more often than not, the feeding fish are suspended. In this case, you need to fish your baits at or above the marks you are seeing on your fish finder.

For example, if you are seeing marks at 20 feet down over 30 feet of water, the deepest you would want to run the crankbait is 20 feet down. In dirty or stained water, you might want to also run lures at 17 or 19 feet down. In clear water where the walleyes visibility is increased, the range would more than likely be 12 to 16 feet down. The easiest way to get a crankbait right where you want it is with the Precision Trolling Data (PTD) app. 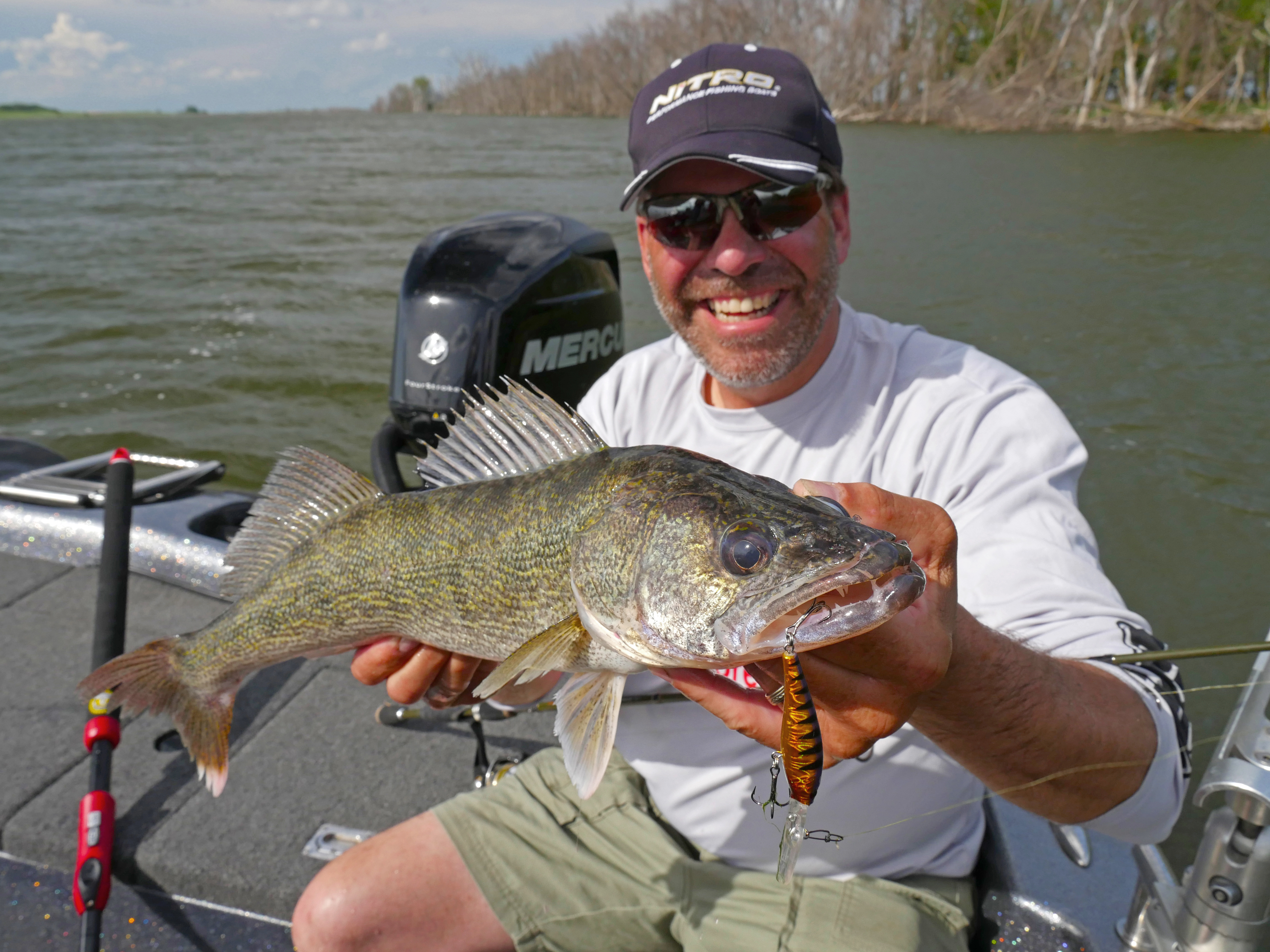 This bait is a great size for early season walleyes that are relating to the newly hatched bait.

The PTD app is available on the Apple App Store and on Google Play. Once you have downloaded it to your phone or tablet, you don’t need an internet connection for it to work out on the water.

Let’s say you were going to run one of the new #11 Flicker Minnows and wanted it to go 18 feet deep using 10# Berkley XT line, which is the most commonly used trolling line. On the app you would simply bring up the #11 Berkley Flicker Minnow, dial the first wheel (Feet Down wheel) to 18, and the app would tell you to let out 95 feet of line. Then let out that length of line and you can be confident your bait is running 18 feet down, just above those big arches 20 feet down on the graph.

So as you are dusting off your rods and loading your storage compartments with tackle trays for the maiden voyage of the year, be sure to pack the cranks! Remember, you can never assume that one technique will always be better than another! Then put on your lucky hat, stop at the restaurant for eggs and bacon with your buddies, and start a new tradition with cranks to get your Next Bite!