What happens when a pike swims off with your lure? 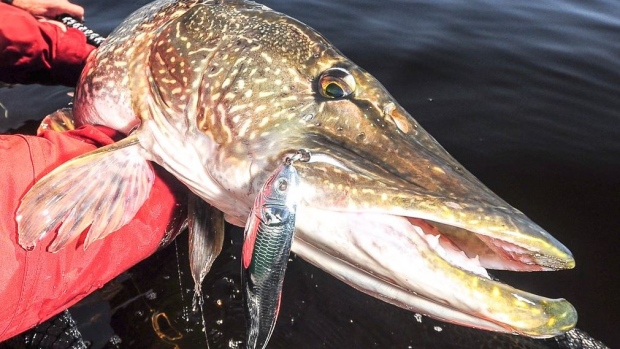 A study from Carelton University’s Cooke Lab shows pike can shake a lure it’s hooked with in a matter of days. (Photo credit: Chris Pullen )

A study done by researchers at Carleton University’s Cooke Lab has shed light on a common fishing question: what happens when a pike swims off with your lure?

The fish were then released into a small lake and tracked.

The pike shook the lures with ease.

“By and large, most of the lures were shed in a relatively short period of time,” said Pullen. “Barbless hooks – as one would expect – came out usually within 24 hours. And deeply hooked [lures] also came out relatively quickly, although they were retained for a number of days.”

The pike in the study were hooked in the lower jaw (with both barbed and un-barbed hooks), through both the upper and lower jaw together, and deeply in the mouth.

Pullen said pike hooked in the lower jaw actually took longer to shed the lure than those hooked deeply near the back of the tongue. 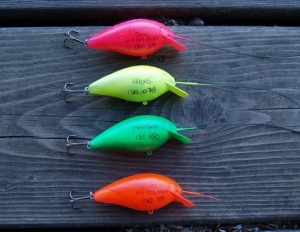 These colour coded, floating crankbaits were hooked to pike for the study and the fish were then tracked. Most lures were dislodged by the fish within a couple of days. (Photo credit: Chris Pullen)