My brother and I had the chance to fish Lac Seul last week with Ben Beattie. The target was big muskies.

We had a little time to try the rivers but there was not much happening and time was short. 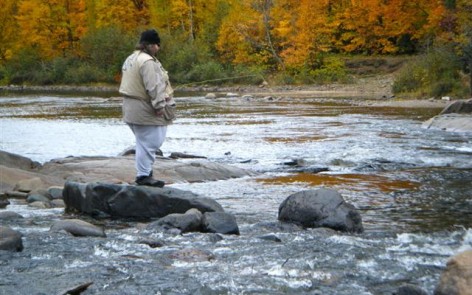 We split the 1600km drive over 2 days and had some snow in the morning when we woke up in White River. I had packed extra washer fluid and the snow brush when I saw the forecast for our week away. 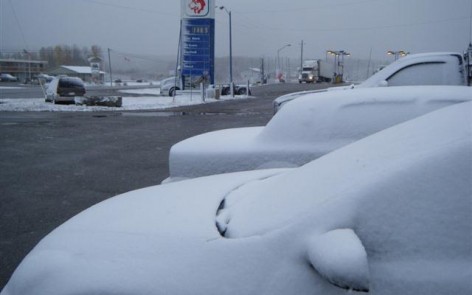 It was the first time I had traveled Hwy 17 between Sault Ste. Marie and I had to take a moment to stop outside Thunder Bay. 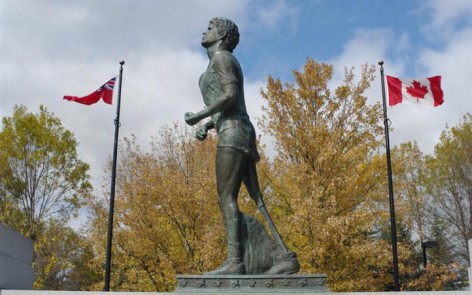 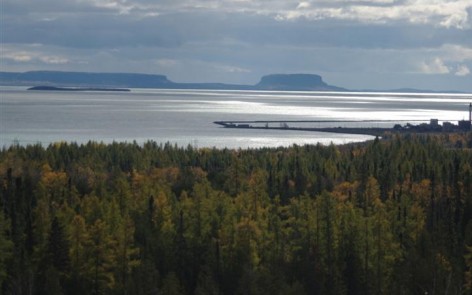 Ben had mentioned seeing some grouse the last few fishless days on the road to the boat launch so my brother brought the 20 gauge and before the boat had got wet Jim had bagged two birds. 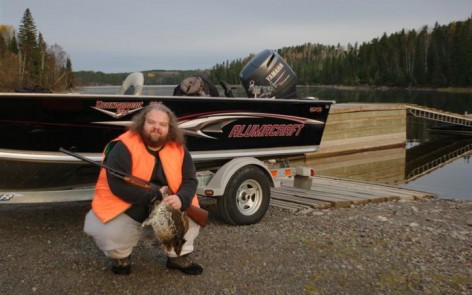 On the water and it didn’t take long to have a fish on. Although it ended up being a small pike the seal had been broken and it was my turn next. 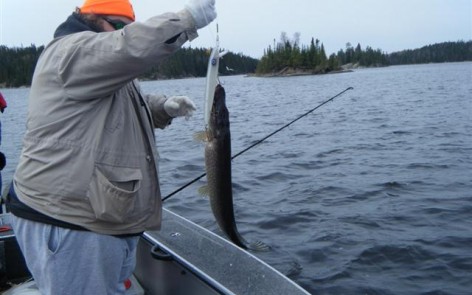 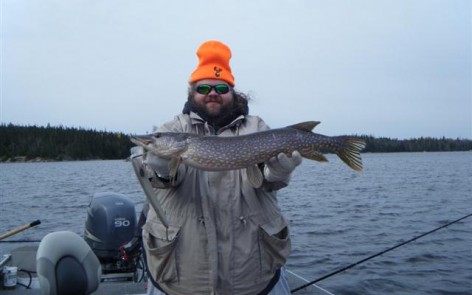 The next fish was a nice muskie that was so thick that I thought is was 4-5 inches shorter then it actually ended up. 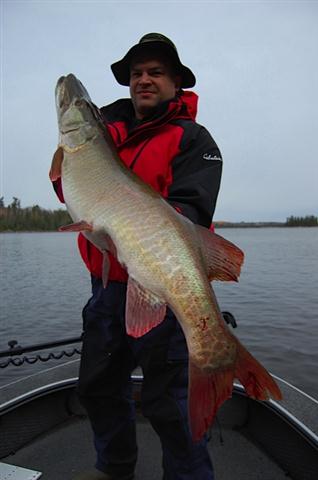 My first Lac Seul muskie is a fat 49 inch fish. 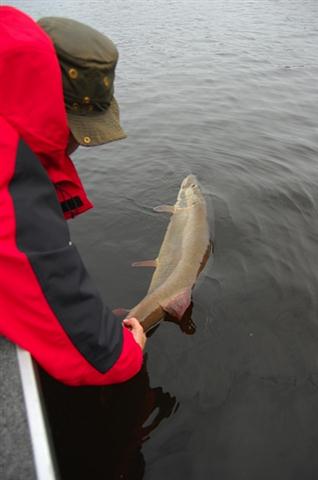 About 45 minutes later my brother gets one and while not as big it is a nice healthy fish. 38 inches. 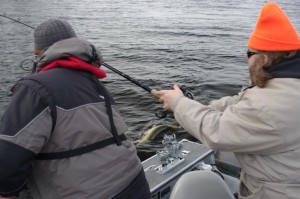 Sometimes you have to put in long hours and suffer for your muskie, this was not the case for us. We both had a muskie in the boat before we had eaten our lunch on the first day. However, they would be our only two muskie of the trip. Sometimes you have to suffer after you get a muskie. 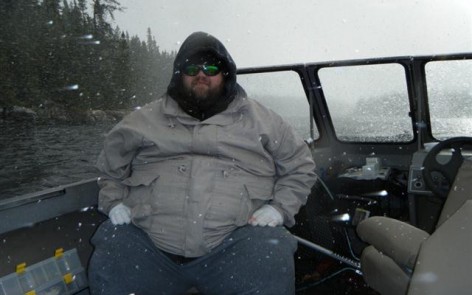 A 14 inch bait and a small looking 11 inch bait, I should have put something in the photo for scale. 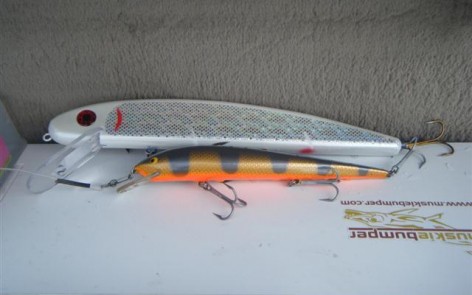 My brother got a big pike as well. It was measured but I can’t remember exactly what it was but I pretty sure it was 42-43 inches. 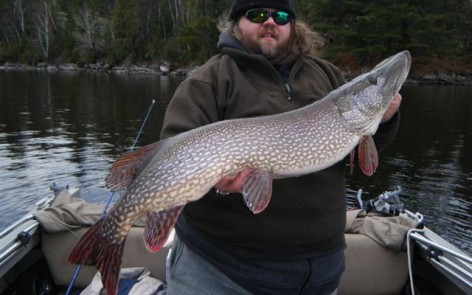 We also had an eagle following us in one area. 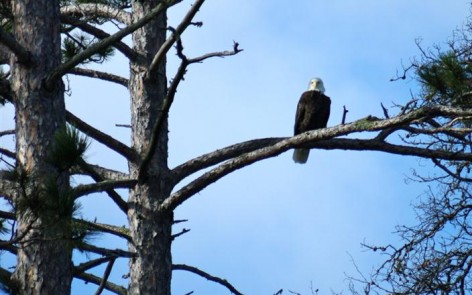 The second day fishing the spot it was rewarded with a pike that took a little too long to get down deep. 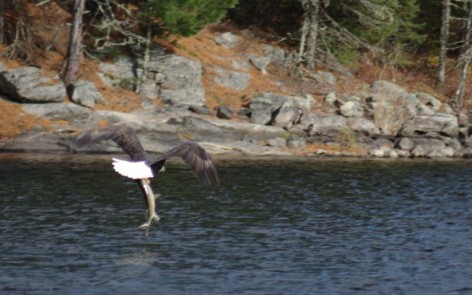 In all we had 4 days on the water and the weather was wet and cold for most of it. We caught just enough pike every day to break-up the 8-10 hours on the water. 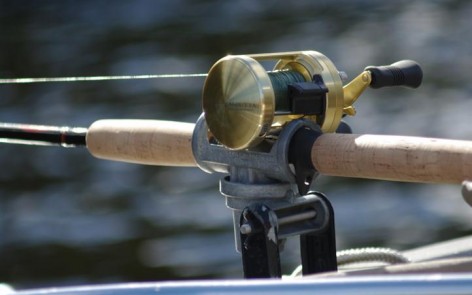 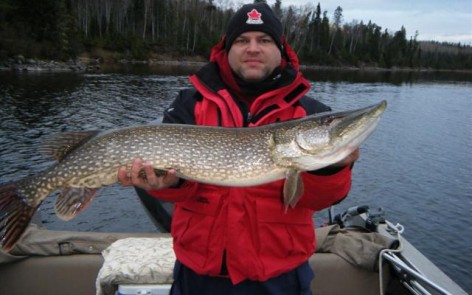 I have read Ben’s stuff for a few years now and met him last year on the Richter Lake fly-in but this was the first time fishing with him. No doubt he knows his stuff but seeing him in action once the muskie was on the line was really something to see. All business, prepared and calm.